Get to Know the Founder of Stress Killer, Christian D’Andrea

Did you know that nearly 90 percent of illness and disease is related to stress? It’s no secret that stress is one of the biggest (and arguably most common) factors that affect your overall health. So how did a documentary filmmaker end up creating a product to help lessen this feeling of anxiety and pressure? Read on to learn more about Stress Killer, from its Founder Christian D’Andrea.

ForceBrands: Tell us a bit about your background and what led you to create this product.
Christian D’Andrea: My route is a little unusual. I’m a documentary filmmaker. While making my first film for Discovery, I found myself on a base in Arizona, where I happened to see troops eating an Army-made energy bar that was basically garbage. This upset me. Troops were being force-fed trans fat, which causes coronary heart disease? Unacceptable. So my brothers and I created a company, became the Army’s R&D partners in performance nutrition, and created a healthier energy bar for troops called SOLDIER FUEL.

Along the way, we got interested in solving other problems for soldiers, especially those problems where the solution would also benefit civilians… and stress rose to the top of our list of problems we wanted to tackle because stress is becoming an epidemic:

Medical research estimates as much as 90 percent of illness and disease is stress-related… High blood pressure, cardiovascular disease, and heart disease have been linked to stress factors. —Clemson University/USDA

As the Army’s R&D partner, we had access to the results of a set of trials on tyrosine supplementation with psychologically and emotionally stressed troops in the field. Upshot: Tyrosine “mitigates severe stress effects on mood and cognition.” When separate Dutch Army tests confirmed these findings (concluding that “Tyrosine improves cognitive performance and reduces blood pressure in cadets”), we thought we might be on to something. So we said, “let’s take Tyrosine as the anchor, and then find the 9 other top nutrients, and create the All-Star team of nutrients for focus and calm.”

My brother Mark and I went to Harvard, so one thing we learned to do well is homework. Capitalizing on that fact, I spent the next 5 years tracking clinical trials and medical white papers, evaluating which of the leading stress nutrients were consistently deemed safe and effective by the world’s top medical institutions and researchers.

In the end, we had that All-Star team.

FB: Vitamins and supplements occupy a saturated category as people become increasingly more health conscious. How does Stress Killer stand out and differentiate itself? What makes the product unique?
CD: First off, our brand name sets us apart. On our social media posts, we literally get hundreds of comments which basically say “I need it!” (or some clever variation on that theme, like “I need StressKiller in an IV”). That’s the response we’re looking for.

Second, Stress Killer has the advantage in that it’s not just hype. It works.
And it’s backed by the latest in clinical data. We think we have the best formula on the market.

A lot of people ask us how Stress Killer works. Here’s the answer, in a nutshell…

Basically, your body and brain are the best weapons against stress. They create chemicals that are directly correlated to feelings of wakeful relaxation, creativity, reduced anxiety, and well-being. Those chemicals are the “neurotransmitters” serotonin, dopamine, and GABA. But when you’re stressed, your body and brain are low on the fuels (“precursors”) needed to create those neurotransmitters. So Stress Killer provides them: methylcobalamin B12, Theanine, Tyrosine, and Cholecalciferol D3.

A Porsche is awesome, but without gas it’s just a bunch of very pretty (but very idle) metal. Same thing with the brain. Without the fuels/precursors, it can’t be the awesome stress-killing machine that it wants to be.

Third, Stress Killer fills a gap.
There is no other product that has all the top anti-stress nutrients in one serving. Previously, if you’d go to a vitamin store (as we did) and ask for the best stress products, the manager would point to 6 or 7 different bottles. With Stress Killer, everything is in one place.

There are some options out there with one, two, or three nutrients — for example, Calm, which has Magnesium citrate. And Magnesium citrate is certainly an all-star player (specializing in cortisol reduction), which is why we have it, too. But which would you prefer: a single all-star player, or the whole all-star team? Imagine you have an awesome first baseman. Well, that’s great. But if you don’t have a shortstop, then a line-drive grounder to left is just gonna mosey out into the outfield and sit there, and the awesome first baseman is useless. You need both a shortstop and a first baseman to make the play. Stress Killer has the shortstop and the first baseman (and all the other in- and outfielders). For example, to make GABA (the neurotransmitter that calms “neuronal excitation”), you need methyl B12 and Theanine. Not just one or the other. So we have them both. Others don’t.

FB: When was your ‘ah-ha’ moment when you realized you were on to something big?
CD: There were a few, but the big ah-ha moment was probably the first one: when we hit upon the name Stress Killer and secured the IP. “Stress Killer” was catchy and direct, and it had a lot of advantages built in:

FB: Here at ForceBrands, we build the teams that build the brands. What does the Stress Killer team and its culture look like?
CD: We’re brothers. Three biological brothers (Mark, Christian, Paul) and one honorary brother (Aleco). So there’s the advantage of that kind of familial closeness. As we grow, we want to keep that standard of seriously strong bonds and loyalty. In a startup, I think you need to have more than just good pay and stock options. You need to have cohesion. And that cohesion-that brotherhood/sisterhood-can come from either genetics or a shared sense of mission.

And in the CPG world, I think the best products are either delivering delight (like with a toy) or problem-solving (like with Stress Killer). Your mission comes from believing that you’re really doing one or the other (or both) of those things. In our mini-corporate culture, we really believe in the product (we all use it daily), and we really believe we’re helping people. Case in point: We were just at a trade show where a woman walked up to us and said, “Thank you.  Stress Killer is the first thing that’s really worked for my son, who has ADHD.  It helps him focus and sleep, which is a godsend.”  That’s why we’re in this business.

FB: Let’s chat about those first few key hires. Who were they, how did you find them, and what common qualities (if any) did they share?
CD: Our hires, initially, have primarily amounted to the people we decide to partner with at our contract manufacturers and suppliers and service providers. They share that same trait of mission. And how do you know they share that sense of mission? By the quality of the product they produce. Like our box manufacturer. You think all box manufacturers are created equal? They’re not. We use Lithopac, and our POC there is Joseph, who is diligent, prompt, professional, and capable of ensuring an absolutely flawless result. This is a big deal. Watching his team calibrate the machines and refine the color of the ink and isolate the spot-gloss is like watching a bunch of artists do their thing.

Also, our “partners” at GNC have impressed us. Especially the managers and associates in the stores. They are passionate about nutrition-about helping each and every person who walks through their doors by delivering them a customized solution (thereby embodying the “problem-solving” ethic). I’ve seen it over and over, and it’s impressive.

These are the exact qualities we seek as we now start to bring people on to our team in-house.

FB: And lastly, what advice do you have for aspiring entrepreneurs looking to launch companies in the nutritional supplement space?
CD: Make sure your brand name pops. Envision it on the shelf (in fact, go into stores and put a prototype on shelves for a second), and then test whether it stands out or blends in. Color matters. Brand name matters. A good litmus test (as you think about brand name) is the Value Proposition Branding wicket… does it clearly and simply say what it is? Value Proposition Branding works. 5-Hour Energy is a classic example of VPB, and it hasn’t done too badly.

Make sure you really love the adventure of launching a startup. Because as with all true adventures, there are tough moments along with the exhilarating ones. And the best way to ensure you’ll survive the ups and downs is to make sure you’re experiencing them with people you like and trust. 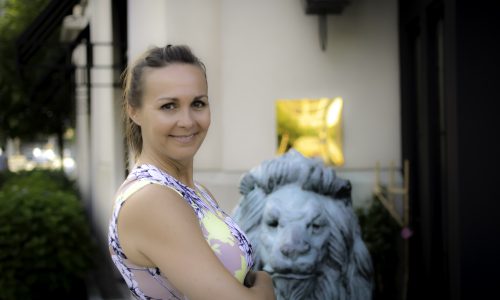 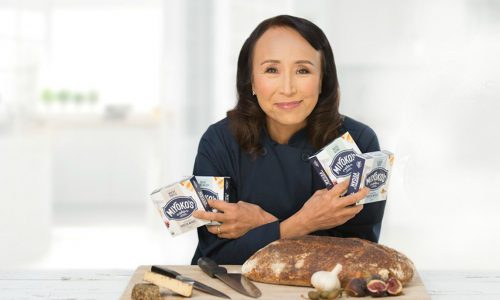 Get to Know Miyoko Schinner, CEO and Founder of Miyoko’s Kitchen 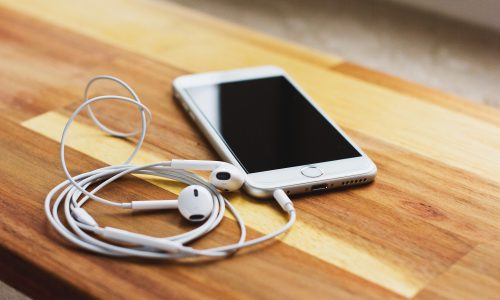 Brand Builder: SnackNation’s Alysse Burroni On the CPG Trends You Need to Know to Get Ahead in 2018