Twice annually, decision-makers from some of the biggest natural, organic, sustainable and healthy companies around the world come together at the NOSH Live conference. During the two-day event, speakers discuss the latest developments and best practices in the industry, and attendees are invited to attend Q&A sessions, check out growing startups, and sample some of the sector’s best offerings. The NOSH Live Summer 2019 conference was held from June 9-11 in New York City. Read on for some of the key takeaways from the conference.

1. Don’t doubt the influence of community
John Durant, the founder of angel fund Wild Ventures, kicked off the conference by talking about influencers, tribes, and brand building. He noted that the term “influencer” has become grossly overused in the industry, saying, “Generic distribution is not influence — just because something has followers doesn’t mean they influence followers.” According to Durant, true influencers motivate their tribes to take action and combine their forward thinking with science-based research. Too many brands, he says, rely on A-list celebrities to work as their influencers, a move that is “massively overrated.” Instead, Durant wants to see more brands placing value on the power of community, saying “You can build a multibillion-dollar brand by getting people in a room together.”

2. Co-ops are a strategic maneuver…
Many natural, organic, sustainable and healthy brands overlook co-ops when considering where to place their products. Heidi Trarore, the business development manager for National Co+op Grocers, thinks that’s a huge mistake. During her presentation on Monday afternoon, she noted that “Folks that shop at co-ops, they want to know you.” Co-ops have some of the most committed natural food shoppers in the industry, and the stores often operate on behalf of the brands they sell. The retailers allow brands to tell their story to the customers who want to hear it the most, by creating attractive promos and having great, everyday pricing. Additionally, co-ops feature many products, like CBD and kombucha, before they hit the mainstream. Traore said, “If it’s trend forward, people will see that. They want to see what the next cool, unique, funky item at the co-op is.”

3. …And so are large retailers
Sarah Alderson and Laura Rush, the divisional merchandise managers of chilled package goods and frozen foods at Walmart, opened day two of the conference by breaking down the myth that the retailer giant was a “category killing, corporate or diminished customer experience.” Rush said that the company “believe[s] we should bring healthy foods, innovative foods and good ideas to everyone in the United States.” They also reported that 90 percent of U.S. households had visited one of their brick and mortar stores at least once over the past 12 months, a statistic that helped brands like Halo Top and CAULIPOWER (both of which launched in the store) become the major players they are today.

Daniel Grubbs, the managing director of PepsiCo Ventures Group, also spoke about how PepsiCo’s Hive gives brands the opportunity to take the next step in their development, and how the company’s Nutrition Greenhouse accelerator helps burgeoning brands in even earlier stages. Finally, TJ Varecka, principal of KMG Group, and Tracy Miedema, VP of innovation and brand development at Presence Marketing, reiterated the idea that mass channel retailers, like Target, could be significant forces in a brand’s early stages; negating the idea once and for all that major retail distribution should be “the last piece of the puzzle” for up and coming brands. 4. The industry isn’t going anywhere
During his session, Walter Robb, former CEO of Whole Foods and current principal for Stonewall Robb Advisors, reminded attendees that while retail strategies may be changing and diet trends come and go, the demand for whole foods remains strong. Doug Munk, director of new business ventures for Nestlé agreed, saying he’s been seeing increased demand among consumers for “food as medicine [with] functional benefits.” And while that’s great news for the natural, organic, sustainable and healthy market, it doesn’t mean that everything is always smooth sailing. Jamie Athos, president and CEO of the Tofurky Company (which fought Missouri’s law that attempted to ban companies from calling plant-based meat alternatives “burgers”) reminded attendees that while finding a place in this industry can be difficult, and brand’s specific beliefs and story may compound the challenges, that doing so “[is] not risky if you’re doing the right thing, ultimately.” All remarks that reiterated the demand for, and position of, an industry that has a predicted worldwide valuation of $811.12 trillion by 2021.

ForceBrands was proud to power NOSH Live’s afterparty following the first day of the conference. Sponsored by Rachel Kay PR, the afterparty was hosted at Manhattan’s Hudson Terrace. Guests enjoyed signature cocktails featuring Aviation Gin, Ten to One Rum, Astral Tequila, and Cloud Water. See below for some highlights. 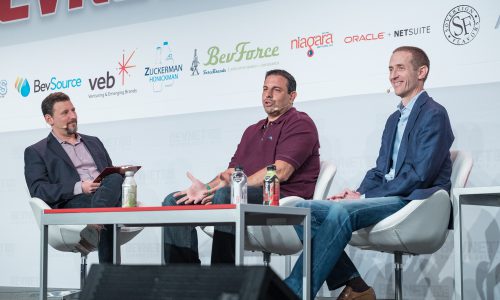 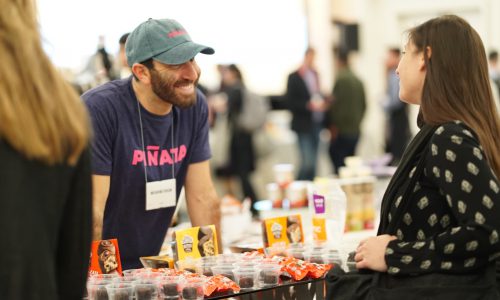 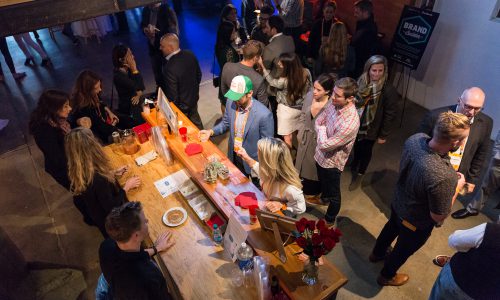