SKU, the nation’s first accelerator for consumer packaged goods, kicked off its first Dallas-Fort Worth track, known as SKU DFW. Five of the innovative startups selected for the program, representing a range of categories from gluten-free cookie dough to sustainable pet products, are: All Y’alls Foods, Highwave, Meli’s Monster Cookies, mmmpanadas, and Re:THINK Ice Cream. Additionally, the 16-year-old founder of a sixth company, Sienna Sauce, who developed her product at the age of 8, will audit the SKU DFW program.

The companies were selected based on the innovation of their product, their traction in the market, and the strength and creativity of their founders.

The company founders selected for SKU DFW are going through an eight-week, two-class-a-week program. It kicked off Sept. 10 and concludes with a showcase pitch event on Nov. 11. SKU DFW, tailored toward later-stage startups, offers best-in-class programming covering a wide range of topics valuable to CPG entrepreneurs taught by some of the nation’s industry experts, including a kickoff presentation by former Whole Foods CEO Walter Robb and Sweet Leaf Tea and Deep Eddy Vodka founder Clayton Christopher, who also is a co-founder of SKU.

Throughout the program, founders will be guided by a team of mentors focused on helping them scale their businesses. The mentor community is a who’s who in the CPG industry and includes the founders and top executives and category leaders from some of the most successful consumer product companies, such as 7-Eleven and PepsiCo.

“We are thrilled with the passionate founders and unique products participating in DFW’s first cohort,” says SKU Managing Director Kirstin Ross. “Each founder was driven by a desire to create a brand that brings something new to the marketplace — products developed out of their personal experiences.”

The SKU DFW program’s launch is being supported by DFW CPG, an organization co-founded in 2019 by Richard Riccardi and Rick Jordan to connect and build Metroplex-based food-and-beverage companies.

“By bringing this nationally recognized CPG accelerator to the dynamically growing DFW CPG community, we hope to provide more opportunities for companies in the sector to learn from industry experts with an established track record of success,” said Riccardi, a veteran CPG executive and longtime mentor for SKU’s Austin program.

“We are excited to have SKU officially kicking off its first DFW-based program, which aligns strongly with DFW CPG’s mission of supporting emerging, local CPG brands and helping them to scale while sharing best practices and knowledge with one another,” said Jordan, a Dallas-based shareholder at the Am Law 100 law firm Polsinelli, and co-chair of the firm’s Venture Capital and Emerging Growth Companies practice.

Founded in Austin in 2011 as the nation’s first accelerator with a consumer products focus, SKU has produced a variety of interesting and successful brands, including Siete Foods, EPIC Provisions, and Austin Eastciders. Of SKU’s nearly 60 alumni, 84 percent are still in business today.

Over the past year, SKU has embarked on a national expansion. The DFW program joins New York-based BeyondSKU, a partnership between CPG consulting firm BeyondBrands and SKU, which focuses on natural CPG brands and kicks off its second track in October. In August, SKU also kicked off the ImpactSKU Preview program in Minneapolis with FINNOVATION Lab for purpose-driven startups. All Y’alls Foods
All Y’alls Foods was born from Brett Christoffel‘s love of cows. After spending over 40 years consuming them, he realized he loved all animals — from dogs and cats to bovines — and decided to stop eating them. He decided to support this lifestyle change by launching All Y’alls Foods in May 2018. The first products are It’s Jerky Y’all and It’s Big Crunchy Bacony Bits Y’all. It’s Jerky Y’all is available in a traditional Black Pepper & Sea Salt, Prickly Pear Teriyaki and Prickly Pear Chipotle. Barely two years after launching, the product is available in retailers nationwide, including grocery stores like H-E-B and specialty natural foods stores as well as on Amazon and the company site. Highwave
Griffin and Shannon Ross grew up in a family of inventors. Their father, Gary Ross, invented the first travel mug with a drink-through top. Now Griffin and Shannon are creating a line of sustainable pet products that solve pain points for the modern dog parent. Their first product is the AutoDogMug, a one-handed, spill-proof hydration system that fits in a cup holder. Meli’s Monster Cookies
While baking monster cookies, a family recipe passed down from generation to generation, it dawned on best friends Melissa Mehall and Melissa Blue that there was a market for these delicious gluten-free cookies. Meli’s Monster Cookies are higher in protein and fiber than your typical cookie on the market. While flour and sugar are the first two ingredients in most cookies, Meli’s first two ingredients are gluten-free rolled oats and nut butter. Meli’s are available at a range of retailers, including Walmart, H-E-B, and Whole Foods. mmmpanadas
mmmpanadas is the creation of husband-and-wife team Cody and Kristen Fields. Cody fell in love with empanadas while working in Costa Rica. Then, on a trip to Austin in 2006, Cody met Kristen and fell in love with her, too. Together, they began making a variety of empanadas for local bars and coffee shops. Soon they were slinging their gourmet empanadas out of a big red truck. Now they have 18 different sweet and savory flavors available in the freezer aisles of stores such as Whole Foods, Albertson’s, and H-E-B. Re:THINK Ice Cream
Re:THINK Ice Cream is the FIRST and ONLY collagen-infused lactose-free A2/A2 Dairy ice cream! Re:THINK is the indulgent ice cream that’s better-for-you, diabetic and keto-friendly, gluten free with no sugar alcohol. Available in 12 flavors like Chocolate Majesty and Cardamom Pistachio, Re:THINK is infused with whey isolate protein and collagen and made with lactose-free A2/A2 Dairy for a happy tummy. The name Re:THINK was born out of founder George Haymaker’s addiction to pain pills and alcohol. In recovery, he was forced to rethink everything in his life and the brand was born. Sienna Sauce (auditing the program)
When she was 8 — an age when most kids are playing with toys — Tyla-Simone Crayton was concocting a sauce for wings. The sauce officially launched in 2017, and the teenage CEO has become known as the “Sauce Boss.” The home-based business now sells three flavors: Tangy, Lemon Pepper and Spicy. The brand, available in 70 stores and online, won “Best Sauce” in the 2018 and 2019 Sauce-A-Holic Fest, competing against 15 competitive brands. Tyla-Simone also won $25,000 in capital on “Good Morning America’s Side Hustle Showdown” series as well as another $10,000 from the Revolt Pitch. She was the runner-up in a $100,000 pitch competition hosted by the Grammy Award-winning rapper Chamillionaire. 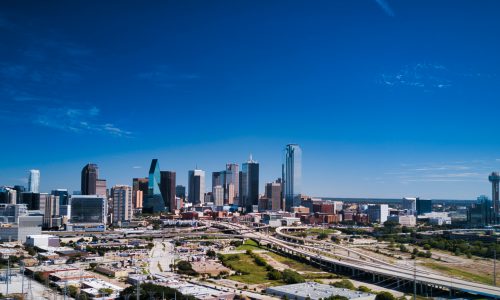 SKU CPG Accelerator to Expand to Dallas This Fall 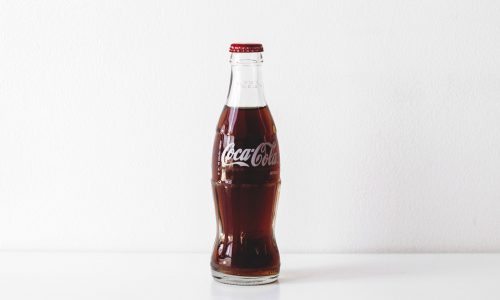 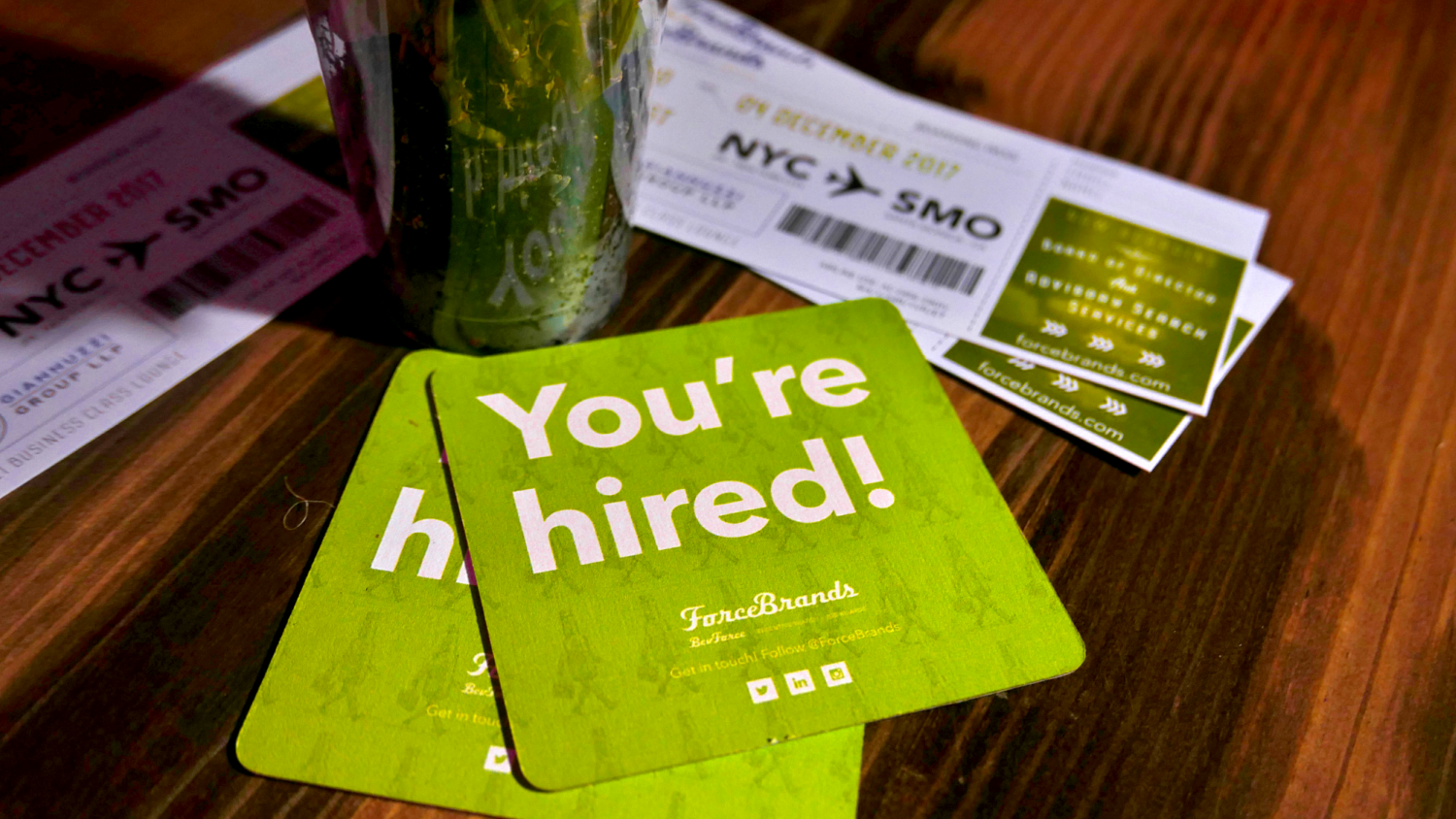