Gender Equity in the Boardroom Is No Longer an Initiative; It’s a Necessity

As part of our ongoing Female Forces series to celebrate Women’s History Month (March), we’re taking a look at how the inclusion of women on company boards positively impacts the bottom line of CPG businesses.

While historically company boards have been male-dominated, female leadership has been proven to be good for business. Companies with mixed boards are reported to be more likely to avoid insolvency and increase profits, while gender diversity on both boards and on management teams outperform on profitability and provide higher value creation through innovation and productivity. Increasingly, companies and even U.S. states are also acknowledging the importance of this research and are supporting the need for change.

From the recent announcement of Goldman Sachs’s refusal of IPOs to non-diverse boards, to the enactment of California’s law to charge a $100,000 fine to public companies without female board members, the tide is turning in favor of gender diversity as the best means of representing shareholder interests and ensuring company success.

Projects fostering the advancement of women to board positions are also occurring with a direct impact on the CPG industry. Just this past week, details about the Women on Boards (WOB) initiative were released via the press wire. The new organization will select 20 companies every six months and help them find the right candidates for their boards. Among the first group of companies are a range of CPG brands including Aloha, Magic Spoon, and Mented Cosmetics.

Meanwhile, the similarly named 2020 Women on Boards, a global education, public awareness, and advocacy campaign, was also recently launched to urge corporations to meet or exceed 20 percent female representation of directors on their boards by the year 2020. According to their findings, as of June 2019, women currently only hold 20.4 percent of board seats in the Russell 3000 companies.

However, there are several CPG companies and brands that have already been heeding the call on their own terms. One example is Proctor & Gamble, known for a range of well-known brands such as Olay®, Tide®, and Bounty®, among others. The company has implemented a Gender Equality program (#WeSeeEqual), which focuses on three areas for impact: advertising and media campaigns taking on gender bias; education for girls and economic opportunities for women through brand and corporate programs and policy advocacy; and an inclusive, gender-equal environment inside and outside of its organization.

Campbell Soup Company, which was named to Bloomberg’s Gender Equality Index in 2019, was chosen for excelling in board representation, diversity, and inclusion leadership. The company also excels when it comes to U.S. policies on parental leave, family care, healthcare, and its support of flexible work arrangements. It turns out Campbell scored higher than average against other CPG peer companies, as well as Index Members, with its focus on gender equity throughout the company. Initiatives such as the Women of Campbell, a business resource group led by employees, were created to empower the organization’s female team members.

For some smaller companies in the CPG space, such as Cali’flour Foods, the reasoning for supporting female leadership is simply a question of good business. “Our company is a woman-owned and women-founded business. This product created a solution for my family to be able to eat comfort foods made healthy,” explains founder Amy Lacey. “Myself and a group of my female friends built the foundation of Cali’flour Foods, and it makes sense to have female leadership in a company whose consumer base is predominantly female. As a wife and mother of three, I know just how important it is to be able to build a strong company for stronger women.”

Also important to note is that trade associations are taking a keen interest in gender diversity. The wine industry, for one, is another part of the CPG sector making great strides. “Currently, we are seeing women rise up in the ranks that have long been dominated by men. Women are taking the lead as owners, executives, winemakers, and sommeliers,” says Tara Good, Vice President at WineAmerica, The National Association of American Wineries. “WineAmerica has been very fortunate to have a number of brilliant leaders serve on our board. I find that our female board members bring innovation and unique insights to this storied industry, whether it’s pertaining to our work on the local level or the international stage.”

Interested in CPG hiring and brand building? Get in touch with ForceBrands. 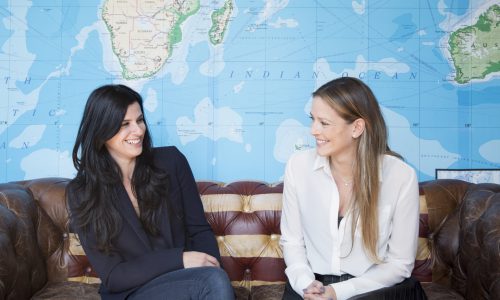